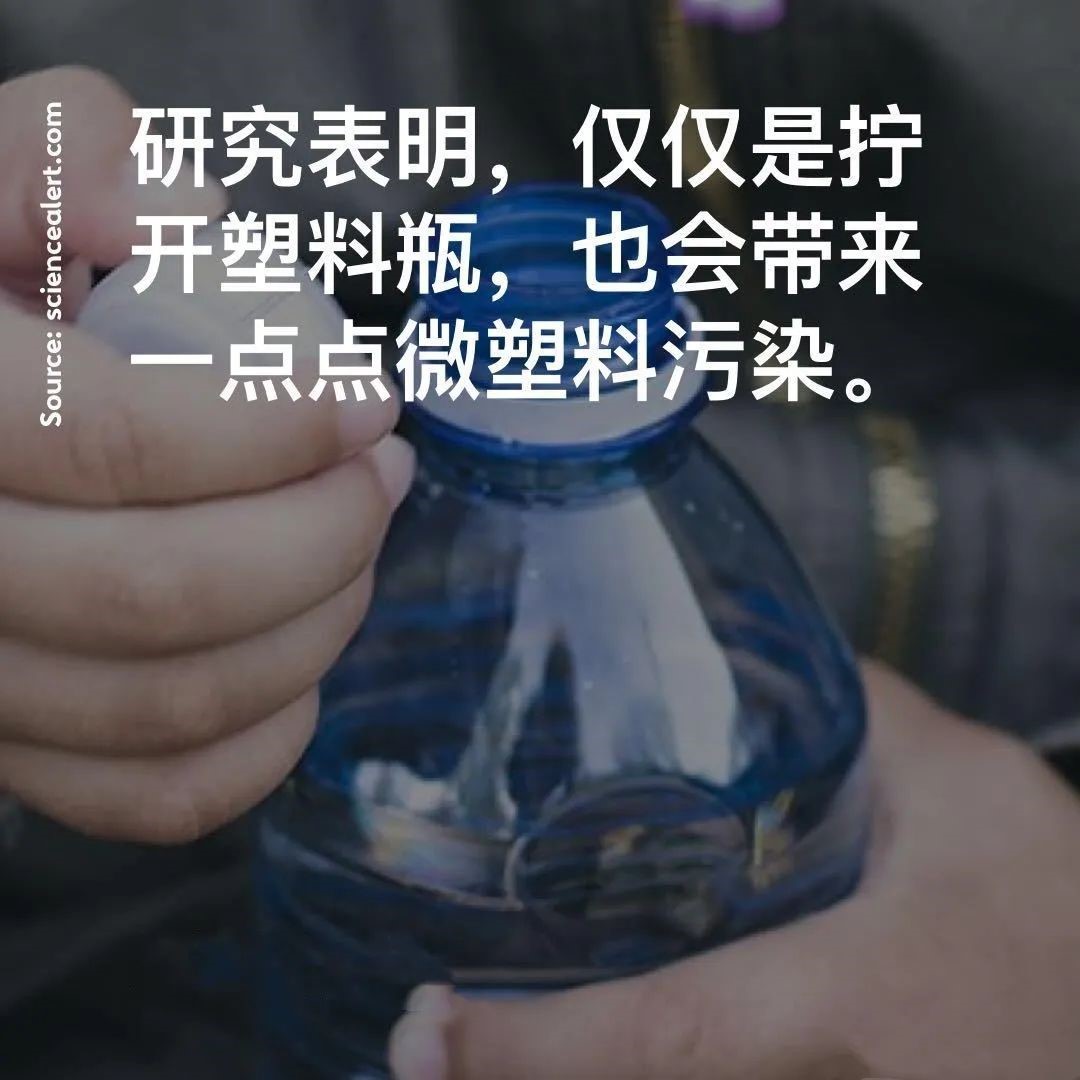 Japan's retail industry has been charging plastic shopping bags since July 1, and the charging standards are set by businesses themselves on the basis of relevant laws and regulations. The government hopes to curb the overuse of plastic bags.

The production of PLA and PBAT in degradable plastics is relatively mature, and the total production capacity is in the forefront; PHA has excellent performance, and with the decrease of cost, it is expected to expand from high-end medical field to larger markets such as packaging and agricultural film in the future. These three kinds of degradable plastics may become the main alternative to traditional plastics. 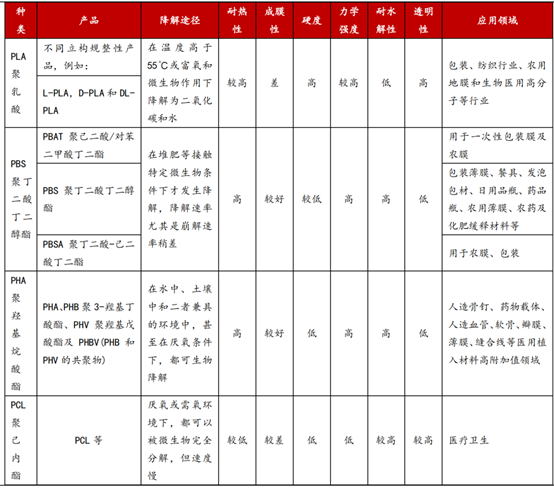 PLA is one of the most common degradable plastics, which is polymerized from lactic acid. The production process of PLA is pollution-free, and the product can be biodegraded. After use, the PLA can be decomposed into carbon dioxide and water by composting when the temperature is higher than 55 ℃ or oxygen enrichment and microbial action decline, so as to realize the material circulation in the nature, without any impact on the environment.

PLA also has reliable biological safety, biodegradability, good mechanical properties and easy processing. It is widely used in packaging, textile industry, agricultural film and biomedical polymer industry. The disadvantage of PLA is that the degradation conditions are relatively harsh. However, due to the relatively low cost of PLA in biodegradable plastics, the consumption of PLA is in the forefront.

PBS is synthesized by condensation and polymerization of succinic acid and 1,4-butanediol. The raw material of PBS is petroleum or biological resources fermentation. PBS is easily decomposed into carbon dioxide and water by many microorganisms or enzymes in nature. It has good biocompatibility, bioabsorbability and good heat resistance.

Due to the limited raw materials of succinic acid in China, PBAT and PBSA derivatives of PBS are produced in compliance with the requirements. The properties of PBAT and PBSA are basically similar to PBS, but the processing performance is inferior to PBS.

PBAT is a kind of thermoplastic degradable plastics, which is usually produced by petrochemical or biological fermentation with aliphatic acid and butanediol as raw materials. It has good ductility, elongation at break, heat resistance and impact properties. PBAT is widely used in disposable packaging film and agricultural film field because of its good film forming performance and easy blowing film.

In addition, PBAT has excellent biodegradability and is one of the most active degradable materials in degradable plastics research and market application.

PHAs degradable plastics are the products of bacteria under unbalanced growth conditions. Among all the degradable plastics, PHA has the most special degradation mode. After being used, PHA can be completely degraded into β - hydroxybutyric acid, carbon dioxide and water.

PHAs degradable plastics have high thermal deformation temperature and good biocompatibility, but the processing temperature range is narrow, the thermal stability is poor, the brittleness is large, and the production quality is unstable. It can be used in the fields of disposable goods, medical devices, surgical clothes, packaging bags and compost bags, medical sutures, repair devices, bandages, orthopedic needles, anti adhesion films and stents. 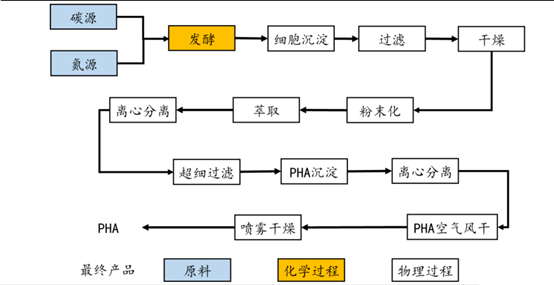 In addition to PLA, PBAT and PHA, starch based plastics (also known as starch compounds or starch mixtures) are the most widely used in Western Europe. 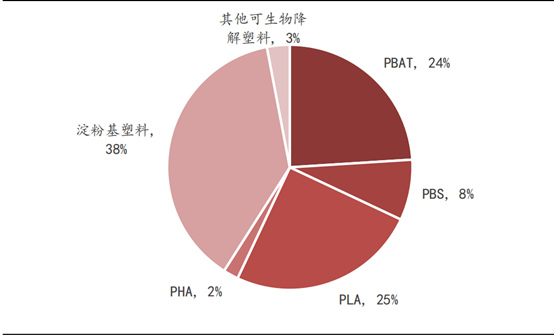 PLA, PBAT and PHA are the main development direction of degradable materials in the future.

PHA is one of the most potential degradable plastics. Because of its excellent mechanical properties and degradation properties, PHA can be completely degraded in vivo.

Compared with PLA and PBAT, the degradation condition of PHA is the most mild. However, due to the high production cost of PHA, the price exceeds most other degradable plastics, so the market share of PHA in degradable plastics market is only 2%, which is mainly used in high value-added fields such as medical devices. With the further reduction of cost and the development of high value-added applications, it will become a cost acceptable biomaterial in multiple application fields.

After the policy driven rapid growth period from 2020 to 2025, China's degradable plastics market may enter a mature period.

There are a large number of degradable plastics enterprises in the world, and the types of products produced are also very different, and the market dispersion is high.

At present, the total production capacity of degradable plastics in the world is about 1.362 million tons, but the capacity of single company is small, and the capacity of most companies is less than 50000 tons.

Starch based plastics are the main degradable plastics in Western Europe, followed by PLA. The consumption of other degradable plastics (including PBAT, PBSA, PCL, PGA, PHA, etc.) has been maintained at a low level, accounting for only 5% in 2017. The reason may be mainly due to the high price, which can only be applied to high value-added areas.

According to IHS Markit forecast, the average annual growth rate of degradable plastics consumption in Western Europe will be 8% from 2017 to 2022, including 8% for starch based plastics, 7% for polylactic acid, and 8% for PBAT, PBSA, PCL, PGA and PHAs.

Degradable plastics producers and capacity in Western Europe in 2019

The number of degradable plastics manufacturers in Western Europe is small and the market concentration is high.

The Cr5 of degradable plastics market in Western Europe is 88%, the market concentration is very high, and the scale effect is obvious. Among them, novamont was founded in 1989 and is now the world's largest producer of starch based plastics.

Plastic is the main degradable plastic in North America.

PLA consumption in North America has achieved positive growth from 1996 to 2013, but the growth has stagnated and decreased after 2013, accounting for 67% of the degradable plastics market by 2017, and is expected to reach 56000 tons by 2022.

According to IHS Markit forecast, in 2017-22, the annual average growth rate of degradable plastics consumption in North America will be 3%, including 3% for polylactic acid, 3% for starch based plastics, and 6% for PBAT, PBSA, PCL, PGA and PHAs.

The production capacity of Western Europe is mainly starch based plastics, while that of North America is mainly PLA.

Starch based plastics can not be completely degraded, and biodegradable plastics are the trend

The main reason for this difference in production capacity distribution may be that only starch is degraded in the degradation process of starch based plastics, while PE and other traditional plastic particles are still residual, thus affecting the environment.

Degradable plastics manufacturers and capacity in the United States in 2019

The number of degradable plastics manufacturers in the United States is small and the market concentration is high. 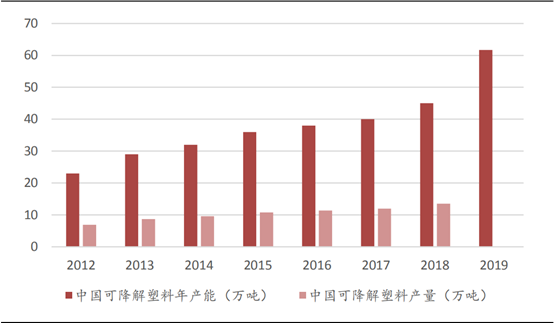 China's degradable plastics market concentration Cr5 and CR10 are 18% and 27%, respectively, which are at a low level and highly decentralized. 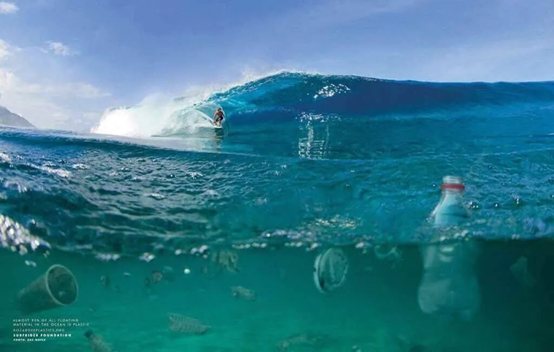 Since December 1, 2020, the "ban on plastic molding" will be officially implemented in Hainan Special Economic Zone. Enterprises and individuals who violate the regulations will be punished by criticism and education, confiscation, fine and revocation of business license. Meanwhile, illegal information will also be included in the credit information sharing platform. We can see that "sky" is really going to change, and the "tuyere" of degradable plastics is coming! Because, the pollution of plastic particles, not only affects the industry and individuals, but also affects the future of all mankind!